The team at Jenkins Obstetrics, Gynecology & Reproductive Medicine is committed to helping women make the right decisions regarding contraception. We take in account their lifestyles, budgets, and goals before recommending the best methods of contraception. We offer various contraceptive procedures to women who want to permanently prevent pregnancy or reduce the risk of becoming pregnant.

Intrauterine devices (IUDs) are extremely effective methods of birth control. Less than one in 100 women who use an IUD become pregnant each year, according to studies. During an outpatient procedure, an IUD is inserted into the uterus. The best time to insert an IUD is in the middle of a woman’s menstrual period, when her cervix is more open. The IUD is T-shaped, with a monofilament string attached to the bottom of the T, but can vary in size. The IUD can stay implanted in the uterus for several years.

We offer ParaGard, Mirena, and Skyla; FDA-approved brands of IUDs. ParaGard releases copper ions within the uterus, which produce an inflammatory reaction within the uterus and prohibit the sperm from fertilizing the eggs. Mirena and Skyla contain hormones that thicken cervical mucus and make it difficult for sperm to pass into the uterus. 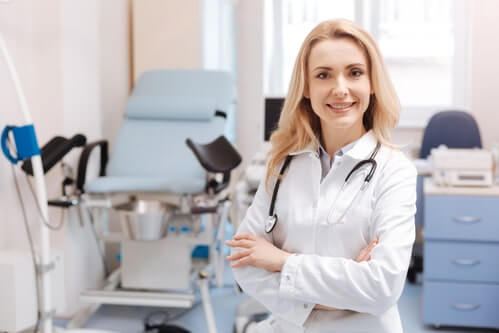 NEXPLANON is a birth control implant that is 4 centimeters long. The implant is placed under the skin of the upper arm. Women can experience up to three years of pregnancy prevention. Once the implant is inserted, it is over 99 percent effective. NEXPLANON is not recommended for women who are pregnant or think they may be pregnant.

Whether you want to reduce the risk of pregnancy or prevent it permanently, the team at Jenkins Obstetrics, Gynecology & Reproductive Medicine can help. We are committed to family planning that is most appropriate for you.